Back to Home |
Find an Expert

A week after Windstorm Ciara (Sabine), another low-pressure system – deemed Windstorm Dennis (Victoria) – resulted in flood- and wind-related damage in multiple European countries on February 15-16. Impacts from storm Dennis were expected to be generally much lower than the effects of Ciara; with most damage occurring in Germany, France, Belgium, United Kingdom and parts of Northern Europe. At least six people were killed. The storm brought heavy rainfall to parts of UK, spawning renewed episode of flooding in Wales and England. 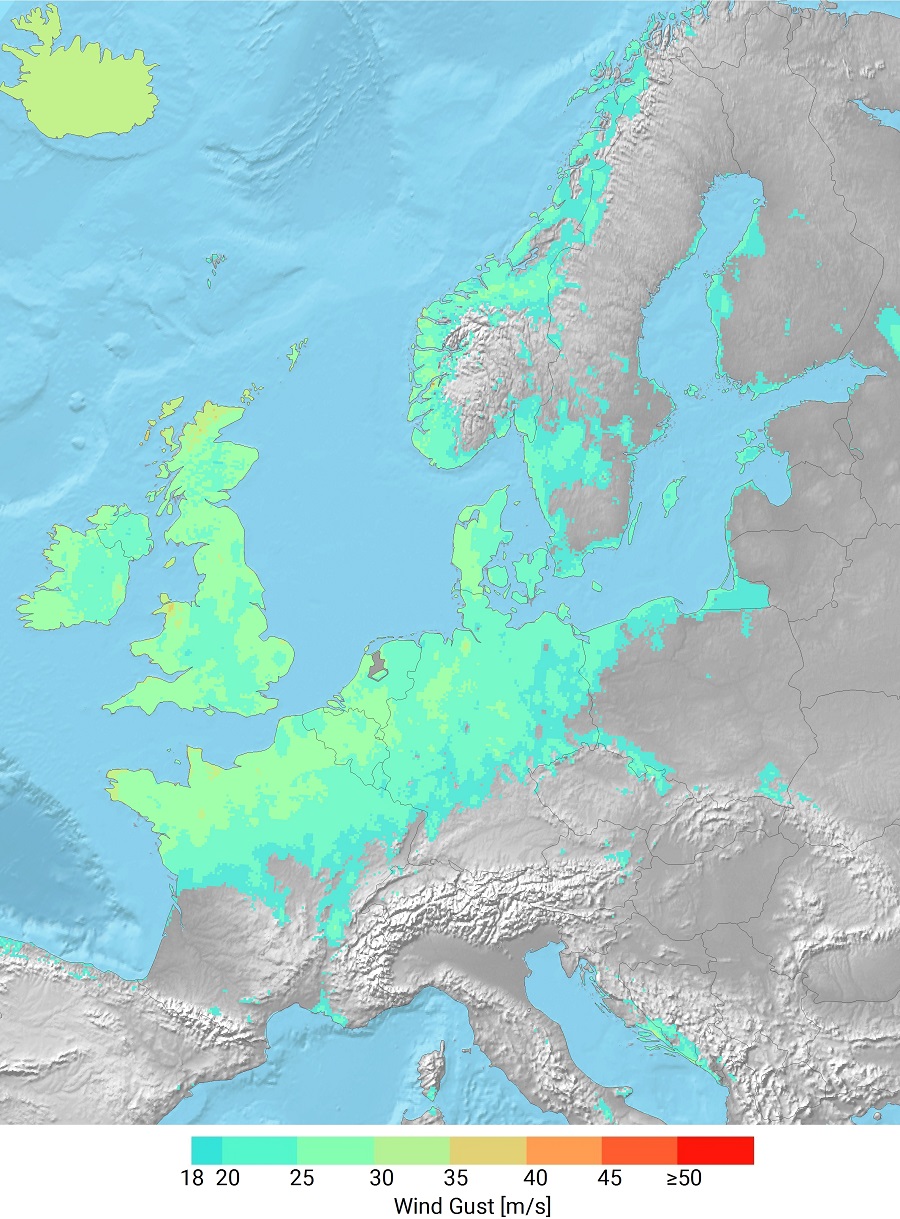