Read about us in the press

How far to go? – November 2019
Tom Clarke asks how far away your scheme really is from being able to buy out members’ benefits.

DB to DC transfers – ensuring quality of advice – June 2019
Following the introduction of ‘Freedom and Choice’ for DC pensions in April 2015, we have seen increasing numbers of members transfer out of DB schemes to access these new freedoms. How can sponsors and trustees ensure that members are getting the quality advice they need to make informed decisions? First published in the PMI’s Pensions Aspects magazine.

Supervision regime for commercial consolidators – April 2019
The Department for Work and Pensions’ recent consultation on defined benefit commercial consolidators (CCs) set out the framework that it expects to use in supervising CCs. It contained requirements around fit and proper persons, systems and processes, and monitoring and reporting. But the heart of it is the financial regime that the CCs will need to comply with, as Matthew Arends explores in this article, first published in Pensions Aspects.

A guide to running off mature schemes – January 2019
John McAleer, in his role as a member of the IFoA’s Running Off Mature Schemes Working Party, sets out four areas where a change in approach to managing mature pension funds could lead to better outcomes for members, trustees and sponsors. First published in Professional Pensions.

Magical Mystery Tour – January 2019
The key areas of focus for the Government in 2019 will almost certainly be the same as they were last year – Brexit, Brexit and Brexit. But the Pensions Minister insists that the Government still has time for pensions, so what could be on the cards for defined benefit (DB) schemes in the coming year? Ricky Marsh investigates in this article, first published in PMI News.

Trustee Board Meetings
An in-depth guide to Trustee board meetings. First published in Engaged Investor. September 2016.

Project paralysis or laid-back latecomer?
In this article, first published in Engaged Investor, Paul McGlone outlines how schemes can make sure they are ready to grasp opportunities that come their way. July 2016.

Getting more from your time
In this article, first published in Financial Director, James Patten explains how companies can avoid spending unnecessary time on legacy DB pension arrangements – and get more from their budget. September 2015.

Finding calm during the storm
Aon’s half day seminar in association with Pensions Age looked at how pension schemes can keep up with the increasing pace of change whilst maintaining stability along the way. September 2015.

DB pension arrangements: Getting help to achieve tangible results
In this article first published in Economia, James Patten explains how schemes can address common frustrations with the operation of their defined benefit (DB) pension arrangements. August 2015.

Is your delivery model helping or hindering you?
In this article, first published in Engaged Investor, Susan Hoare explores how a fresh approach to scheme delivery can help trustees and sponsors with their most pressing concerns. July 2015.

DB pension arrangements: getting more from your time and budget
James Patten explains how companies can avoid unnecessary management time being consumed by legacy DB arrangements, while achieving more from their budget, in this article first published in Economia magazine. July 2015.

Finding the time to get things done – some key tips
Scheme sponsors and trustees are pulled in any number of directions, making it a challenge to get things done. In this article, first published in Professional Pensions, Jackie Daldorph looks at ways schemes can focus on action. July 2015

Governance: the short cut
In this article, first published in PMI News, Susan Hoare examines how to take a more efficient approach to scheme governance. June 2015

Removing the pensions pain
In this article first published in Financial Director, Sion Cole looks at the pain of pensions from a corporate point of view and how this can be reduced or even removed. June 2015

Removing the barriers
In this article, first published in Financial Director, Sion Cole provides more detail on how sponsoring companies can reduce or remove the pain from legacy pension plans. June 2015.

The value of pension risk
This article, first published in Financial Director, analyses the various decisions to be made when managing a defined benefit pension scheme. April 2015

Time to focus on getting things done
In this article, first published in Engaged Investor, Jackie Daldorph explains why the steps you take today are the key to your journey towards Pensions Stability. April 2015

The value of pension risk
A web seminar hosted in association with Financial Director analyses the various decisions to be made to manage a defined benefit pension scheme. March 2015.

The pillars of stable pension scheme management
In an interview with Director of Finance, Paul McGlone unravels the trends around funding and governance in pensions and explains what financial directors can consider to ensure a robust framework for their own schemes. February 2015

Escrow: a solution to surplus in DB pension schemes
As financial directors manage challenges around the over-funding of pension schemes, Lynda Whitney explains why escrow can address these challenges, in an article first published in Director of Finance magazine. January 2015

Aon launches Pathway service to ease the route to bulk annuities
Aon has announced the launch of 'Pathway', the new service for pension schemes wishing to carry out a buy-in or buyout, which it has developed in collaboration with the law firm Eversheds. Pathway offers a complete solution, including pre-negotiated contract terms with insurers which reduce uncertainty and speed up risk transfers. July 2014

A new role for alternative financing
In this article, first published in Pensions Age, Paul McGlone explores how to manage the balance between security and over-payment through the use of an Escrow. June 2014

The insufficiency of self-sufficiency
In this article, first published in Engaged Investor, Paul McGlone explains why DB pension scheme sponsors could be overpaying, and how a more balanced approach to pensions stability could be achieved. May 2014

Aon Hewitt Limited is authorised and regulated by the Financial Conduct Authority. 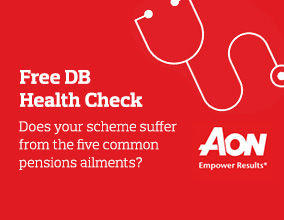 You will see this message only once - This website stores cookies on your computer or mobile device. We use cookies in order to enrich your experience, remember your preferences, and help us understand how the website is being used. If you continue browsing this website without changing your browser settings, you are consenting to the placement and use of these cookies although you can change your settings at any time. Please read our cookie notice to learn more about the cookies we use and how to disable them.