As one of the most targeted industry sectors, professional service firms must carefully consider the implications of responding to ransomware demands.

In June 2021, two very public ransomware attacks, against a fuel pipeline company and a meat processing company, caused major supply-chain issues in the U.S., drawing attention not just from the news cycle but from the federal administration.

On September 21, 2021 the U.S. Department of the Treasury Office of Foreign Asset Control (OFAC) published an advisory highlighting its significant efforts in imposing sanctions on bad actors in the ransomware ecosystem, as well as the concomitant sanctions risks that victims of ransomware attacks may now face when making or facilitating ransomware payments to sanctioned ransomware operators.

Indeed, since September 2021, OFAC has imposed sanctions on ransomware players, including two cryptocurrency exchanges (SUEX and Chatex) and on any “others who material assist, sponsor, or provide financial, material or technological support” for their activities. In conjunction with these OFAC sanctions, the Department of Justice (DOJ) and State Department also took public action in the war against ransomware attacks by, among other efforts:


And on December 5, 2021, Gen. Paul M. Nakasone, the head of U.S. Cyber Command and the director of the National Security Agency publicly acknowledged that the agencies under his control, in conjunction with other agencies, “have taken actions” and “imposed costs” on the ransomware operators.

These actions by the U.S. administration aim to disrupt the economic infrastructure that supports the threat actors and signal that ransomware gangs can no longer rely on their geography and the “anonymity” of cryptocurrency transactions to shield them. There is some evidence that these actions, including the DOJ’s recent successes in intercepting ransom payments, are having an effect on the ransomware environment. It also appears that the threat actors are now focusing attention on smaller and less controversial entities, avoiding targets that might cause widespread economic or social impact, and avoiding “headline making” ransom demands.

At the same time, the federal administration and regulatory authorities are putting pressure on victims, using a combination of “carrot and stick” incentives to encourage better cybersecurity practices and more disclosure to authorities when threat actors strike.

In the first instance (the carrot), OFAC’s September 21, 2021 advisory emphasizes that if a ransomware victim has followed cybersecurity best practices (such as those promulgated by CISA) and has engaged law enforcement or other authorities in the response to the attack, OFAC will consider these as mitigating factors when considering enforcement action against the victim for paying a ransom to a sanctioned entity.

In the second instance (the stick), the DOJ announced in October 2021 that it will use the False Claims Act to pursue organizations that misrepresent their cybersecurity efforts or fail to appropriately report cybersecurity incidents.

The increased use of sanctions against ransomware groups and their funding mechanisms puts the victims of ransomware attacks in a difficult position:


Why Authorities Recommend Not Paying Ransoms:

While authorities do not want victims to pay, they are not explicitly prohibiting anyone from doing so, recognizing that there are circumstances when the victim has little or no choice but to pay.

Factors to Consider Before Paying a Ransom

The decision on whether to pay a ransom is complex and will be dependent on the specific circumstances of the firm, the cyber event itself and the economics of the situation — there is no simple answer. The best response to the threat is to be prepared: 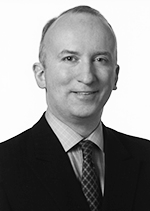 The Professional Services Practice at Aon values your feedback. To discuss any of the topics raised in this article, please contact Tom Ricketts.