Published in In the Loop, DePaul University’s Alumni magazine 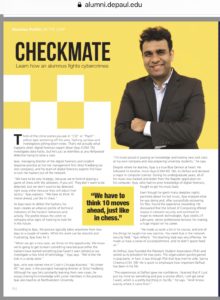 Read about Jibran Ilyas, managing director in the digital forensics and incident response practice and a Crain’s Chicago Business “40 under 40” for 2017, in his alma mater’s magazine. According to Ilyas, “When we get a new case, we thrive on the opportunity, We know we’re going to get to learn something new because either the hackers have started something [we haven’t seen before] or we investigate a new kind of technology,” Ilyas says. “We’re like kids in a candy store.”